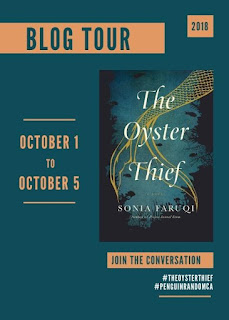 Today's blog post is an interview with Sonia Faruqi, the
author of The Oyster Thief which comes out
October 16th. Myself and some other bloggers have
come together to celebrate the release and share some
exciting posts until the day of release.

The Oyster Thief is a tale of Coralline, a mermaid on a
quest to find a magic elixir to save her brother. She meets
Izar, a human who is also on a quest to find a cure for his
dying father. The two continue their journey together, but
the secrets they hide threaten the trust and affection they
have built for one another.

If you were trying to convince someone to read The Oyster Thief, how would you do it in
5 words or less?

The mermaid novel of a lifetime.

Do you have a particular source that inspired the story for The Oyster Thief?

The idea of an underwater world fell into my mind on January 1st, 2015.
It was a freezing-cold morning in Canada, and I wished I could escape into
tropical waters. But it was too expensive to book a last-minute flight, so I
decided to escape in my mind. With a cup of tea in hand, I started inventing an
underwater world.

Did you face any struggles on your journey to becoming a published author?

It’s very difficult to get published, and it’s also difficult to change genres
(I moved from nonfiction to fiction, Project Animal Farm to The Oyster Thief).
People believed in me, however, and I was able to make it!

Is there anything you found particularly challenging while writing The Oyster Thief?

I wanted the underwater world to feel “real,” and that required considerable
research. Researching the ocean is not like researching things on land,
I quickly realized. Parts of the ocean are less known to scientists than the moon.
And of the millions of species thought to live in the ocean, the majority are
unknown to us. I did my best, however. I snorkeled, scuba-dived, swam with
sharks, and pored over books and countless articles about the ocean.

What is your approach to writing?

Planning. I spent three months planning The Oyster Thief scene by scene
before I began writing. 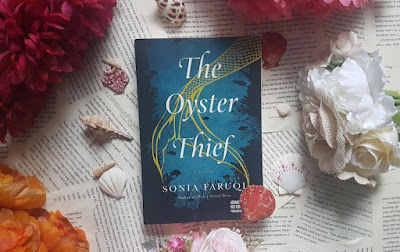 Who is your biggest inspiration?

I am inspired by my parents, both of whom are brilliant and instilled great
work ethics in me and my brother and sister!

What advice would you give to an aspiring author?

I advise aspiring authors to spend some time learning and practicing
the craft of writing. This can be done through reading books on writing
and taking classes; that’s how I did it.

I love Atlas Shrugged by Ayn Rand. I find her writing beautiful and
I love how she combines purpose and artistic in her works. Like her,
my goal in The Oyster Thief was to write something enjoyable and
entertaining but also illuminating.

Do you have a favourite character from The Oyster Thief?

Coralline Costaria, the protagonist. She is a twenty-year-old mermaid
who lives with her mother, father, and brother in the village of Urchin Grove.
She gets engaged to the merman of her dreams, Ecklon, but an oil spill
wreaks havoc on her engagement party. Her little brother falls gravely ill, and,
desperate to save him, she (along with her best friend, a whale shark) embarks
on the adventure of a lifetime: a quest to find a legendary elixir made of starlight.

Is there anything else you would like to add?

I will be providing exclusive content about The Oyster Thief through my
website and monthly newsletter at www.soniafaruqi.com. I also have a reading guide
to facilitate discussions.

Coralline is a shy mermaid in the Atlantic Ocean whose idyllic life is ruined
by an oil spill that gravely sickens her little brother. Desperate to save him, she
embarks on a quest to find a legendary elixir.

She encounters a human man, Izar, who's left his life on land behind to find a
cure for his dying father. He doesn’t tell her that his family runs Ocean Dominion,
an enemy corporation whose ships plunder her waters daily.

Fate pushes the two of them together, even though their worlds are at odds.
Accompanied by a colorful troupe of animals, Coralline and Izar travel through
coral reefs and seabed cities, trailed by murderous adversaries and warring
ships. Their secrets threaten to tear them apart, while a growing attraction adds
to the danger. Ultimately, each of them faces an impossible choice. Should Coralline
remain with the world she knows, including her fiancé, or should she relinquish
everything for a stranger who might betray her? And Izar holds a secret of his
own—one that might cause him to lose Coralline forever. 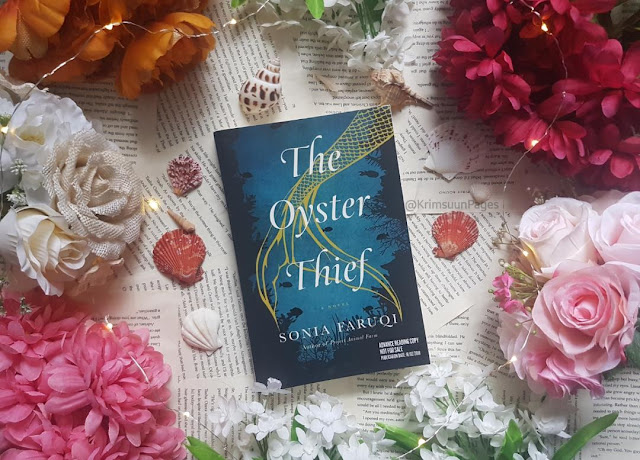 **I was sent an arc of this book by the publisher as part of the blog tour
campaign to celebrate its release**
Email ThisBlogThis!Share to TwitterShare to FacebookShare to Pinterest
Categories: Blog Tour

REVIEW: The Ballad of Songbirds and Snakes by Suzanne Collins